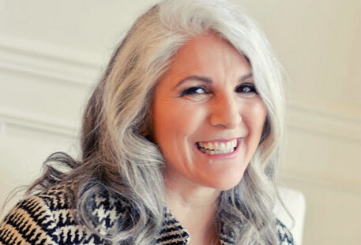 Celeste Mergens is the founder of Days for Girls. She has led the organization since its beginning in 2008, driven by twenty years of nonprofit and business management experience. She holds a Master’s Degree in Creative Writing and Literature and audited a second in Global Sustainable Development. Her “can do” team-building approach has inspired thousands of volunteers and social enterprises worldwide.

Under Celeste’s stewardship, Days for Girls has won the SEED award for gender equity and entrepreneurship; was named as a ‘Next Ten’ Organization poised to change the world in the next decade by the Huffington Post; and is two-time Girl Effect Champion.

Celeste is a sought-after speaker who has been featured in Oprah’s O Magazine and Forbes, among other top-tier publications. She was recently named an AARP Purpose Prize Award winner, a Conscious Company Global Impact Entrepreneur of the year and Women Economic Forum’s Woman of the Decade. She loves being with her family when not traveling the globe. She is married to her best friend, Don Mergens. Their family includes 11 phenomenal children (five by marriage), 15 grandchildren, four foster children, and four foreign exchange students – plus many beloved friends who have become family all around the world.